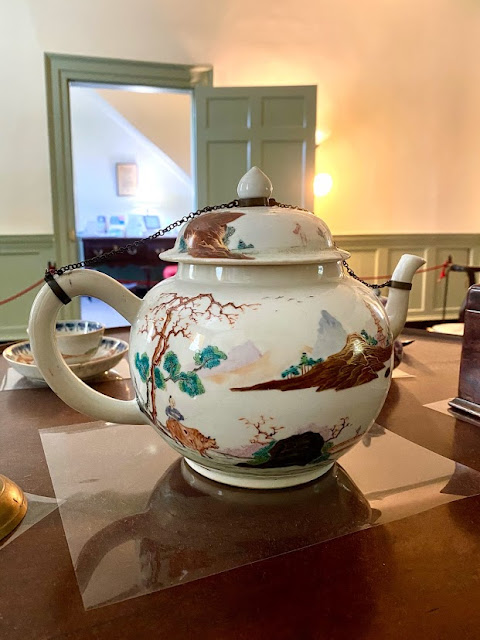 Mary Ball Washington’s teapot. Mary loved tea & tea sets, & she trained all her children in the genteel art of tea serving & drinking, something George would carry with him his whole life. This 18th century teapot is Chinese porcelain & was part of Mary’s “red & white china” collection. This teapot was left in Mary’s will to her granddaughter Betty Lewis Carter. Today you can find it at The Mary Washington House History Museum.

In 1772, George Washington purchased a house from Michael Robinson in Fredericksburg, Virginia for his mother. Mary Ball Washington spent her last 17 years in this home. The white frame house sits on the corner of Charles & Lewis Streets & was in walking distance to Kenmore, home of Mary's daughter Betty Fielding Lewis.

The house is just a short drive from Ferry Farm on the Banks if the Rappahannock River, where Mary Washington raised her son who would become the 1st President of The United States of America. The Rappahannock River in eastern Virginia is the country's longest free-flowing river in the eastern United States, running for approximately 185 miles, from the Blue Ridge Mountains in the west to the Chesapeake by south of the Potomac. The Rappahannock was long a gathering place & an area of occupation for very early indigenous peoples. During the British American colonial era, early settlements in the Virginia Colony were formed along the river. 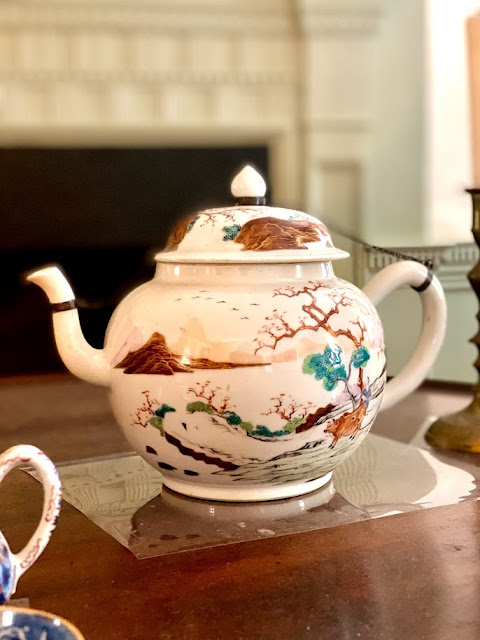 Amherst College history professor Martha Saxton writes in The Widow Washington, that after she was widowed, she didn’t have the money to send George to school in England, as was common for well-to-do Virginia families at the time. She needed him & his siblings to help run Ferry Farm.

Mary Ball was born c 1708 or 1709, in Lancaster County, Virginia. Her father died when she was 3, & her mother remarried & had more kids. After her step-father died just a few years later, Mary grew up in a matriarchal household. She watched as her mother exercised authority & independence. When Mary was 12, her mother died, & she moved in with her half-sister.

Mary was 22, when she married Augustine Washington, a 36-year-old widower. They had George in 1732. Over the next 10 years they would have 5 more children (one died shortly after childbirth). Augustine died in 1743, when George was 11 years old, leaving Mary to raise their 5 children & run Ferry Farm.

She did the best she could to provide her children with an education. Although she could barely afford it, she loaned George money for dancing lessons, which she knew were essential for entrance into elite Virginia society. (He ended up paying her back.)  George Washington’s education as a boy at Ferry Farm included copying The Rules of Civility and Decent Behavior in Company and Conversation to learn the correct etiquette and moral code of Virginia’s gentry class. By strictly following its advice, young Washington molded his character into that of a Virginia gentleman.

George began to work away from Ferry Farm, his home base, in the late 1740s-1752, to become a land surveyor & then to join the Virginia militia.  During the Revolutionary war, George & his mother went 5 years without seeing each other. In 1782, she wrote a letter to George describing how difficult the war experience was for her. “I was truly uneasy,” she wrote. George visited her on the way to his presidential inauguration in 1789, the last time he would see her. By then she was living in a house in Fredericksburg, Virginia, where she gardened & read. She died in August of that year, at age 81.

See: The Widow Washington: The Life of Mary Washington (Farrar, Straus and Giroux, 2019).