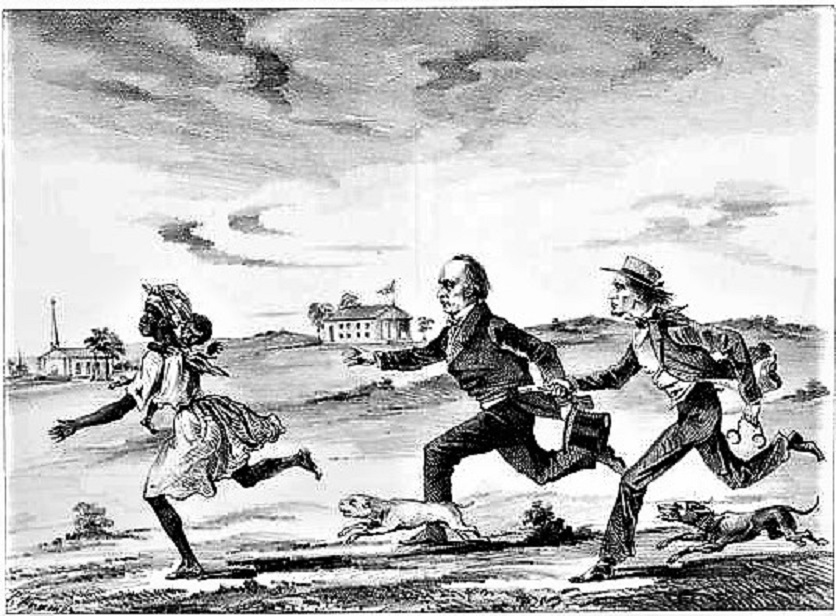 From The Library Company of Philadelphia

African American men & women used the act of running away as part of a broader system of resisting the physical and psychological manipulation of slavery. In most instances, slaves left plantations or work sites without permission but with the intention of returning in order to visit relatives or friends on nearby plantations, or to protest a harsh punishment. At other times, though, runaways attempted to escape slavery permanently. Those who ran hoping never to return understood that they risked their lives. Fugitive slaves plagued slaveholders from the first years of slavery in Maryland until its last days.

Although laws requiring slavery for black women and their descendents did not appear until the Assembly's 1664 session enacted "An act concerning Negroes and other slaves," Maryland's first lawmakers did recognize that some people were made to work against their will and that such people frequently ran away. Along with the earliest legal references to slavery in Maryland, therefore, were attempts to control runaway servants and slaves through legislation.

If the American Revolution (1776-83) had an immediate impact on slave escapes it could only be found in the greater opportunities to escape created by the chaos of war. Revolutionary-era newspapers contained many notices for runaways. Although they spoke of "liberty," few slaveholding Maryland patriots saw any contradiction in denying it to their slaves. Indeed, John Hanson, the Marylander who served as president of the Continental Congress, spent much of the last years of the war pursuing Ned Barnes, an enslaved man who had fled Hanson's plantation.

A variety of factors moved fugitive slaves to attempt a permanent break: persistent brutality by an owner or overseer, relocation away from immediate family or relatives, a reduction in privileges such the ability of hired slaves to keep small portions of fees, a worsening of work conditions, and numerous other individual concerns. After 1800 the most common motivation was probably the threat of sale to the Deep South. Many blacks risked flight rather undergo the perils of the domestic slave trade.

Most runaways were young men fleeing alone. Young women without children ran more often than those with children. The months of April through October saw the most escape attempts, but no single week of the year emboldened more runaways than the days between Christmas Eve and New Year's Day because owners were distracted and supervision was relaxed. Though some made clandestine use of railway and water vessels, most runaways fled on foot. While at large and on the move, runaways stayed close to roads, rivers, and other normal routes, and traveled mainly at night. Many made use of family and friends on nearby plantations, or in towns and cities. Fugitives also generally helped themselves to provisions (food, clothing, sometimes money) before leaving, but when these ran out, they foraged in the woods, relied on the kindness of people encountered along the way, and even pilfered barns and storehouses to survive. Many fugitives even found short-term employment from whomever might be willing to hire a person of undetermined status with no questions asked.

Maryland fugitives generally tried to reach urban environments (Washington, DC, Frederick, Baltimore, Philadelphia) where they might disappear into free black populations. As northern states abolished slavery during the early 1800s, however, Maryland runaways and others sought to reach free territory.