Notes of President John Adams on the Slavery of Men & Women 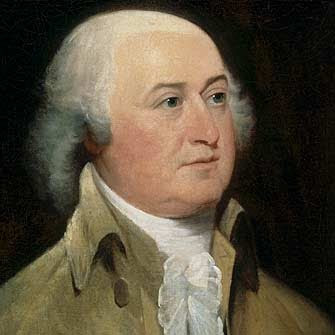 John Adams did not own slaves.

1776: John Adams discussed trade resolutions before the continental congress: "There is one Resolution I will not omit. Resolved that no Slaves be imported into any of the thirteen colonies." (Peabody, p 197)

1776: John Adams was delighted with Jefferson’s draft of the Declaration of Independence and its “flights of oratory... especially that concerning Negro slavery, which, though I knew his Southern brethren would never suffer to pass in Congress, I certainly would never oppose.” (Peabody, p 201)

1820: “I shudder when I think of the calamities which slavery is likely to produce in this country. You would think me mad if I were to describe my anticipations…If the gangrene is not stopped I can see nothing but insurrection of the blacks against the whites.”(Smith, p 138)

1821: “Slavery in this Country I have seen hanging over it like a black cloud for half a century…”(Ellis, p 138)
Posted by Barbara Wells Sarudy at 4:00 AM