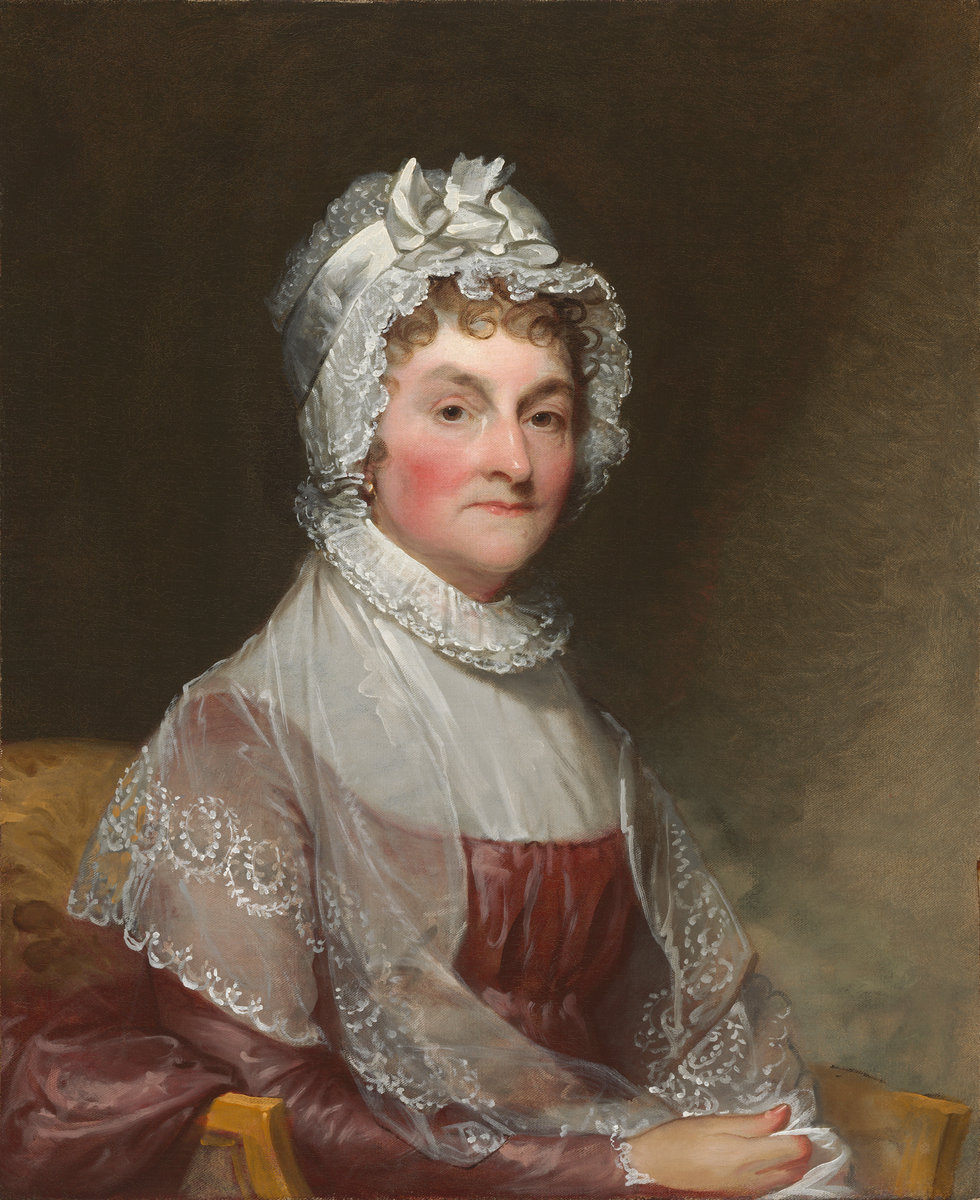 George Washington owned slaves from an early age, & held conflicting views about the institution of slavery throughout his life. Abigail Smith Adams (1744-1818), Mrs. John Adams, was impressed with Washington in general, but spoke of her disagreement with his position as a slaveholder.

Throughout her life, Abigail Adams held steadfast to core principles: she was a humanitarian, activist, & leader with an acute sense of both America's successes & failures. Adams advocated for gender equality in public education & the need to pay attention to the social, political, & educational needs of women. She also firmly believed in the necessity for the emancipation of African Americans from slavery &, like her husband, firmly believed in dissolving the political union with Great Britain. In one final act of rebellion, Adams, a married woman whose property was controlled by her living husband, wrote a will & left the majority of her possessions to her female kin.

Frequently forsaking private joy for the greater public good, Adams voiced her views not only in quasi-political situations—such as during her appointment to the Massachusetts Colony General Court in 1775—but also to her husband during his numerous domestic & overseas diplomatic missions. It was in her role as unofficial advisor that she made her greatest contributions to the early American nation. It is believed that Abigail & John Adams exchanged more than 1,100 letters on topics ranging from government & politics to women's rights. Her firm views on American independence were succinctly expressed in a 1775 letter, explaining: "Let us separate, they are unworthy to be our Brethren. Let us renounce them..." 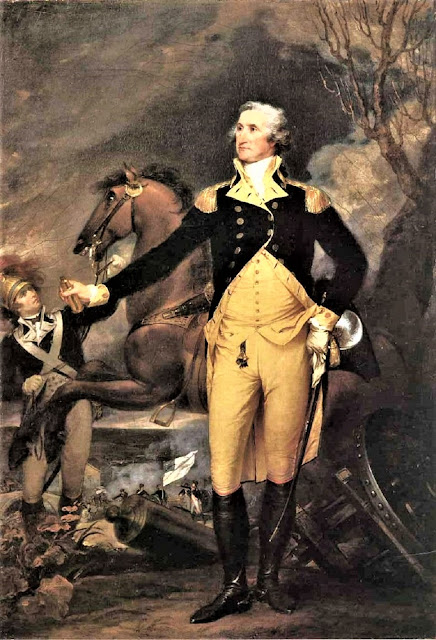 Abigail Adams first met George Washington shortly after he took command of the Continental Army. Adams had initial hesitations regarding Washington as a slaveholder & member of the Virginia planter elite. However, after meeting, Adams wrote her husband that she was "struck with General Washington," & that his appointment was received with "universal satisfaction." Adams further explained that Washington was marked by "Dignity with ease. . .the Gentleman & Soldier look agreeably blended in him."

An ardent advocate for the cause of American liberty, Adams was uniquely able to express herself with eloquence at a time when women received little formal instruction. In a series of letters written beginning in 1776, Adams boldly argued for women’s rights. After learning that her husband would serve on the committee that would draft the Declaration of Independence, Adams admonished him to: "Remember the Ladies..." Although John Adams did not follow his wife's advice, ultimately his political agenda was shaped as much by his own opinions as by his valuable discourse with Abigail.

Abigail was John's all-encompassing aide-de-camp, chief of staff, & brain trust. However, her influence was not appreciated by all, particularly those who scathingly called her "Mrs. President." Abigail accompanied John to his diplomatic post in Paris in 1784. In 1785, she carefully handled the complex role of wife of the first United States Minister to Great Britain. And later she was wife of the first U.S. Vice President, & wife of the second U.S. President, serving as First Lady from March 4, 1797 to March 4, 1801.

A granddaughter of pre-revolutionary era politician John Quincy, & the daughter of a Congregationalist minister, Abigail married John Adams in October 1764 at the age of nineteen. Abigail's lifelong enjoyment of philosophy, theology, ancient history, government, & law, which was championed by her grandmother & other relatives, helped both Abigail & the young American nation chart a new course. Abigail played a vital role in America until her passing in 1818. She advocated for women's education, women's social & political needs, & the abolition of slavery.
Posted by Barbara Wells Sarudy at 4:00 AM