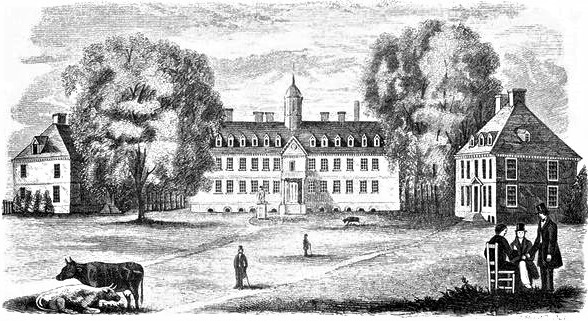 The College of William & Mary

Established in 1693 in Williamsburg, Virginia

The second oldest college in America, the original plans for W&M can be traced all the way back to 1618—they never went through because of an "Indian uprising." In 1693, King William III and Queen Mary II of England signed the charter for the school, which went on to become William & Mary. In February, 1918, the Virginia General Assembly authorized William & Mary to admit women students, effective in the fall of 1918.

In the fall of 1918, 24 women were admitted as undergraduate students at William & Mary. The men of the Class of 1918 lamented that they would be "the last class to graduate from the old college before it is defiled by coeducation." The Virginia Gazette editorialized that the admission of women had come "at the price of the womanhood Virginia had cherished as a sacred thing." The women of 1918 began at once to change the university. Excluded at first from participating in most existing activities, the women initiated intramural athletic competitions and organized a Women's Student Government.