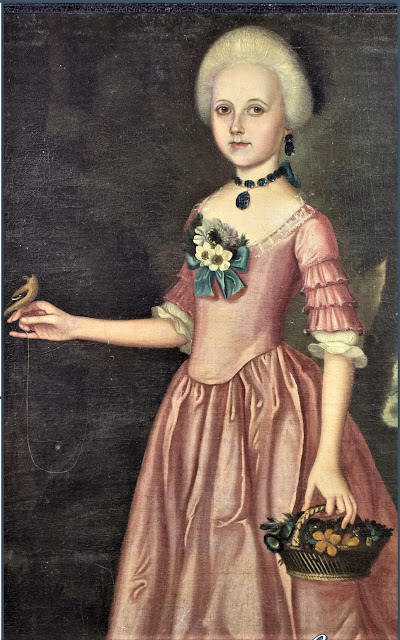 Frances “Fanny” Montresor Allen (1760-1834) is believed to be the illegitimate daughter of British officer John Montresor & Anna Schoolcraft, Fanny was born in 1760. Fanny’s mother died while she was still young, & was then adopted by Anna’s sister, Margaret Schoolcraft Brush. In 1784, at the age of 24, Fanny married Ethan Allen, who was then almost twice her age. Fanny Allen went on to become a notable botanist in the state of Vermont, many specimens of which are preserved at the University of Vermont.

Penniman was famous for her skill in gardening & her garden was stocked with a rare variety of plants & shrubs. And it was here that two herbaria were made by Mrs. Penniman & her youngest daughter Adelia, who was born in 1800. The region around the High Bridge was discovered by a Massachusetts botanist, who botanized the west side of the state in 1829, to be "a remarkable region, rich in rare & interesting plants."

A part of this "remarkable region" was comprised in the Penniman farm, & here, in 1814, the mother/daughter botanists found & preserved their specimens. They doubtless followed the windings of the river in both directions & are known to have gone often through the woods then on the site of the Fort in their search for wild flowers. Not satisfied with the pressed flowers in the herbarium, they carried home the plants from their native haunts & cultivated & improved them in the home garden. Botany was said to be Mrs. Penniman's "favorite amusement."

It may be that the specimens in these small herbaria were the oldest in the state, for the oldest in the herbaria of the University of Vermont are dated 1819. There were 80 or 90 specimens in each herbarium, although quite a number of cultivated plants are included. Many of the botanical names have long since been changed, & one at least, the ground or moss pink, had not been listed in the Vermont Flora, though reported as a recent "find" from Wallingford & also from Colchester.

These two women were studying the natural sciences at an early period in the young nation. One can appreciate it by considering the state of "female education" at that time. Northampton, Massachusetts, in 1782, had voted "Not to be at any expense for schooling girls," & as late as 1790, in Gloucester, the town decided that "Females are a tender & interesting branch of the community but have been much neglected in the public schools of this town."