Beatrice Hohenegger tells us about tea in her 2007 book Liquid Jade, The Story of Tea from East To West 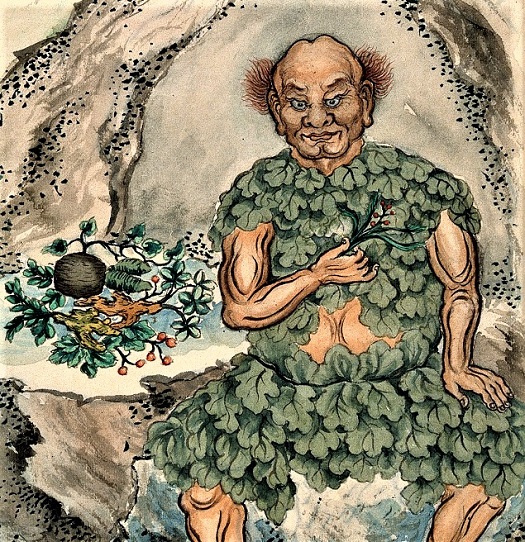 BC 2732  Shen Nung, the second of China’s mythical emperors is said to have encountered the tea plant and to have discovered the use of tea. 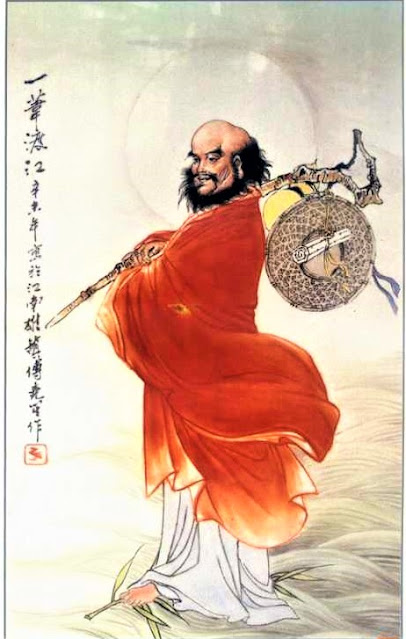 AD 520 Bodhidarma, a Buddhist priest from India, is said to have visited the Emperor of China.  Credited as China’s patriarch of Buddhism, Bodhidarma’s life is clad with legend, particularly related to long periods of meditation.  Portrayed without eyelids, he is said to have cut them out and cast them to the ground, at which point a tea bush appeared.  The story commemorates the importance of tea in wakefulness, and images of an unblinking Bodhidarma tie tea and zen together. 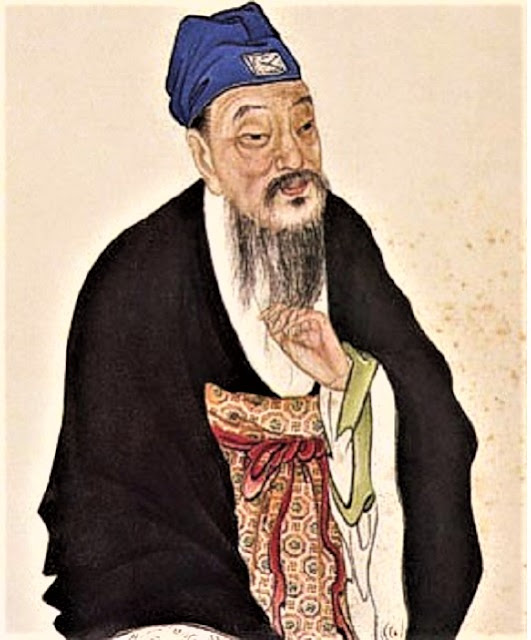 780 Lu Yu, the Tea Sage, authored Ch’a-ching (The Classic of Tea), thought to be the first significant treatment on tea.  Born in 733, Hupeh Province, China, Lu Yu is said to have grown up in the Dragon Cloud Monastery. 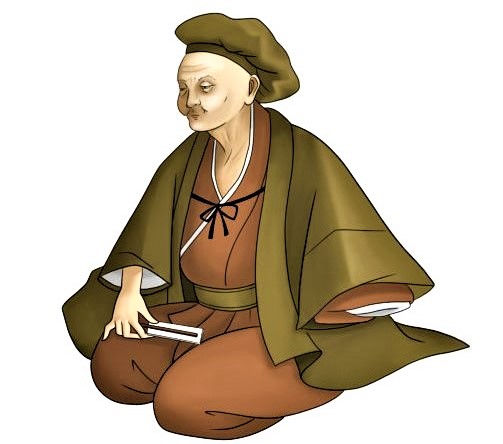 1502 Death of Murata Shuko (c 1422-1502), who shaped the Japanese tea ceremony as essentially Buddhist, as the way of tea (chado).  With this evolution, Japanese tea moved to simple surroundings and the use of more rustic objects. 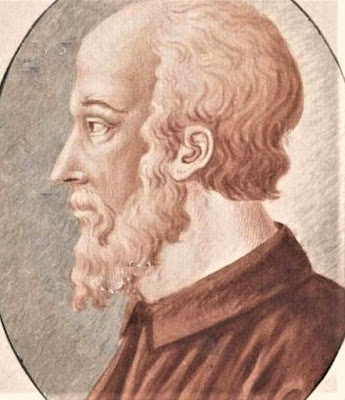 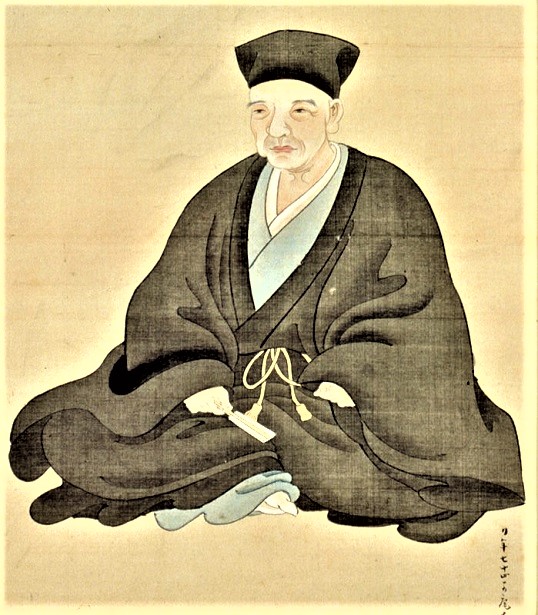 1587 In early October, Rikyu hosted the great Kitano tea meeting (Kitano dai chakai) through patronage of Hideyoshi.   Followers of tea converged in the Kitano pine grove, where they constructed hundreds of tea huts for temporary use.  In succeeding years, Rikyu’s heirs would come to establish three main schools of tea (Urasenke, Omotesenke, and Mushanokojisenke), each based on principles of wa (harmony), kei (reverence), sei (purity), and jaku (tranquility).

1648 French doctor Guy Patin (1601-1672) was critical of a thesis on tea, stating: “One of our doctors who is more celebrated than able, named Morissot, wanting to bestow favor upon that impertinent novelty of the century… has had presented here a thesis on tea.  Everyone disapproved, some of our doctors burned it….”

1660 Diarist Samuel Pepys (1633-1673) records on 25 September his first taste of tea, ordered at one of the many coffeehouses of London where tea was first served to the English.  Coffeehouses were still new, the first one having just opened ten years prior, and served coffee, tea, and chocolate.

1660 Under Charles II, (1630-1685) England established an excise tax of 8 pence on each gallon of tea that was sold.  The tax would eventually be levied on tea leaf, as it was too easy for merchants to manipulate the numbers.

1665 Simon Paulli (1603-1680), a German physician, claimed: “As to the virtues they attribute to it (tea), it may be admitted that it does possess them in the Orient, but it loses them in our climate, where it becomes, on the contrary, very dangerous to use.  It hastens the death of those who use it…”

1670 Thomas Garaway (1632-1704). opened a shop where tea was served until its closing two hundred years later.  Garaway had actively advertised and promoted tea for a decade, stating “that the Vertues and Excellencies of this Leaf and Drink are many and great is evident and manifest by the high esteem and use of it … among the Physitians and knowing men in France, Italy, Holland and other parts of Christendom.”

1683 Dutchman, Cornelius Decker (aka Dr. Bontekoe) ((1648-1685) commented: “It must be a considerable and obstinate fever that cannot be cured by drinking every day forty to fifty cups of tea..” 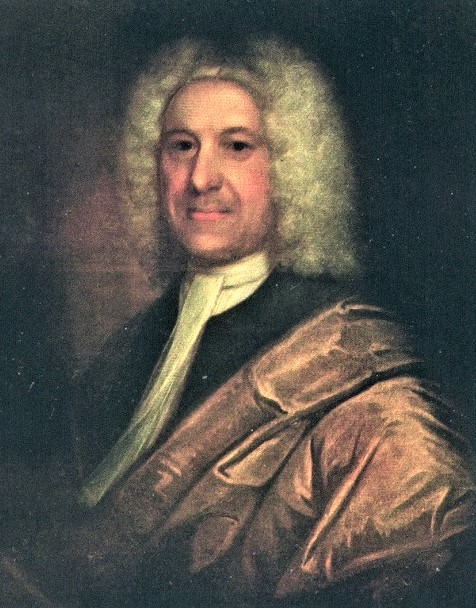 1773 On the evening of 16 December, American colonists boarded the ships Dartmouth, Eleanor, and Beaver, which were docked at the harbor in Boston, and threw 120,000 lbs of tea into the bay. 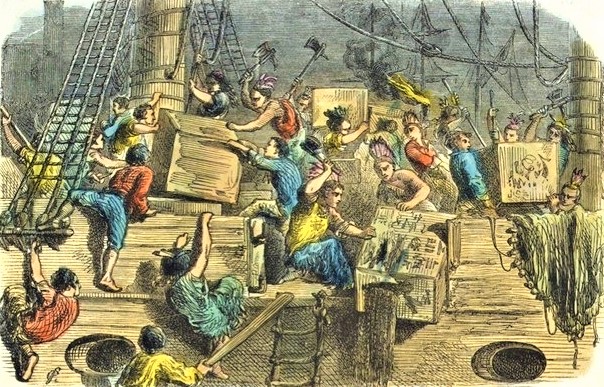 January 1774 London learns of the destruction of the tea, and of other American protests

March 1774 Parliament passes the first of the so-called Coerciver Acts, the Boston Port Act, which closes the port of Boston until the town makes restitution for the tea

May 1774 Parliament passes two more laws for restoring order in Massachusetts. These laws limit town meetings, put the provincial council under royal appointments, and allow British civil officers accused of capital crimes to move their trials to other jurisdictions

September to October 1774 The First Continental Congress meets, declares opposition to the Coercive Acts, and calls for boycotts of British goods and an embargo on exports to Great Britain

February 1775 Parliament declares Massachusetts to be in a state of rebellion. Governor Gage will later receive orders to enforce the Coercive Acts and suppress the uprising