The Haube, a Simple Cap For 18tC Pennsylvania Moravian Sisters 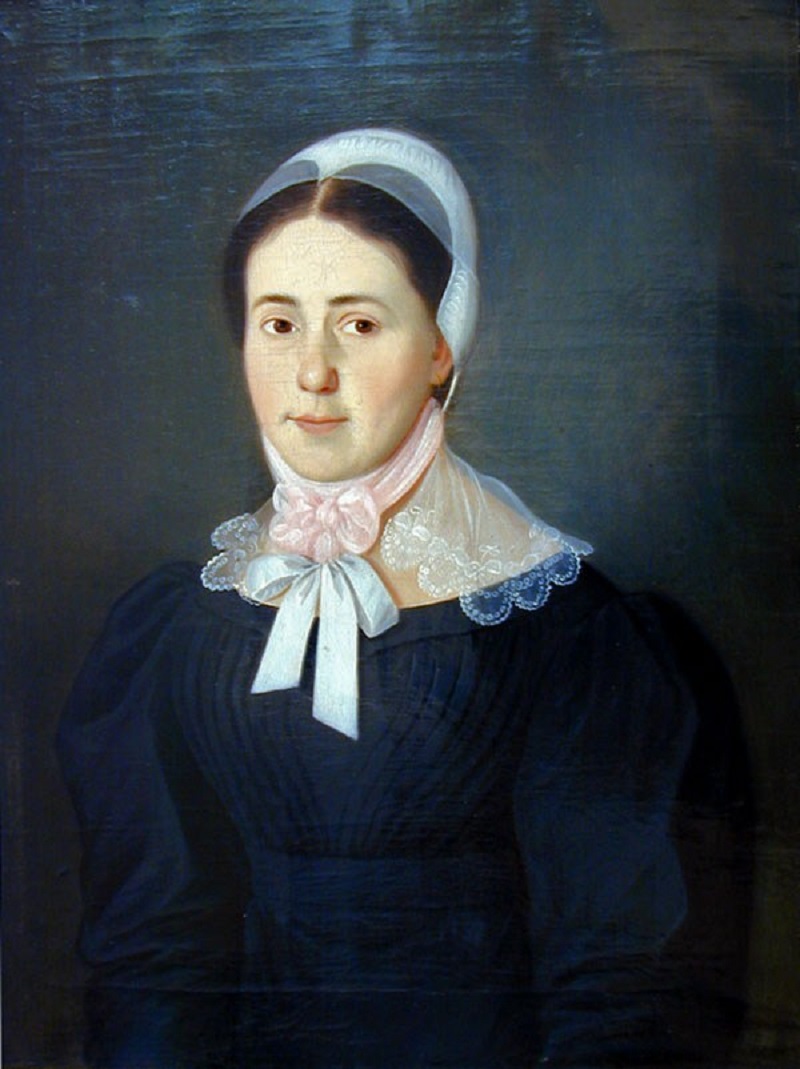 The head-covering worn is this painting is a Schwestern Haube, a sister's cap. A Haube is a simple, close-fitting cap worn by Moravian women, sometimes referred to as a Schneppel Haube because of the pointed peak in the middle of the forehead. A smaller version is sometimes still worn by servers during lovefeasts.

Moravian women adoped a uniform style of dress in Herrnhut in the 1730s. The Haube was the headcovering of their neighbors in Berthesdorf. By the early 19th Century, most Moravian women considered the Haube unflattering; and in 1815, many adopted regular English-style bonnets. In Pennsylvania, the Lititz Moravian Church Museum and Archives has a collection of Haubes.