Abigail Smith Adams (1744-1818) was a smart, independent woman who said what she believed. Although she had strong feelings about women having an equal voice in the new United States of America, women would not get the right to vote in national elections until 1920.  “If particular care and attention is not paid to the ladies, we are determined to foment a rebellion, and will not hold ourselves bound by any laws in which we have no voice, or representation.” Abigail Adams 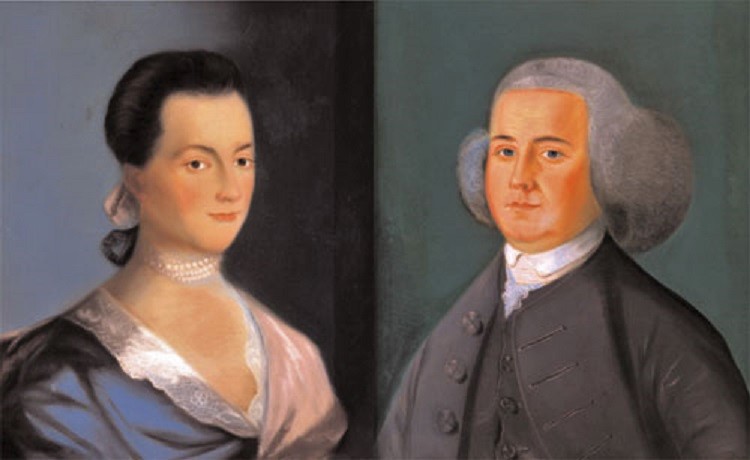 Even though her husband did not agree with her call for women's suffrage, she maintained a great appreciation for his work & that of his fellow patriots in helping establish a new nation."These are times in which a genius would wish to live. It is not in the still calm of life, or in the repose of a pacific station, that great characters are formed. The habits of a vigorous mind are formed in contending with difficulties. Great necessities call out great virtues." Abigail Adams 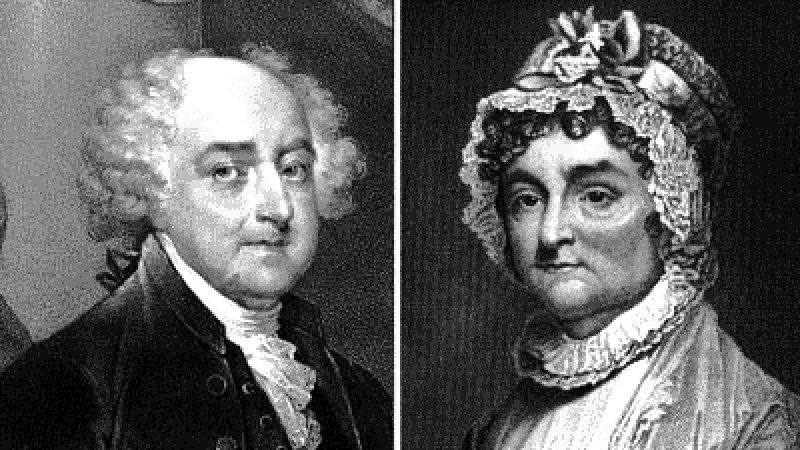 Even though his wife was outspoken & did not feel the need to constantly agree with him, President John Adams (1735-1826) dearly loved his partner.  In one of their many letters, he wrote,  "Miss Adorable, I hereby order you to give [me], as many kisses, and as many hours of your company...as [I] shall please to demand, and charge them to my account.”
Posted by Barbara Wells Sarudy at 4:00 AM