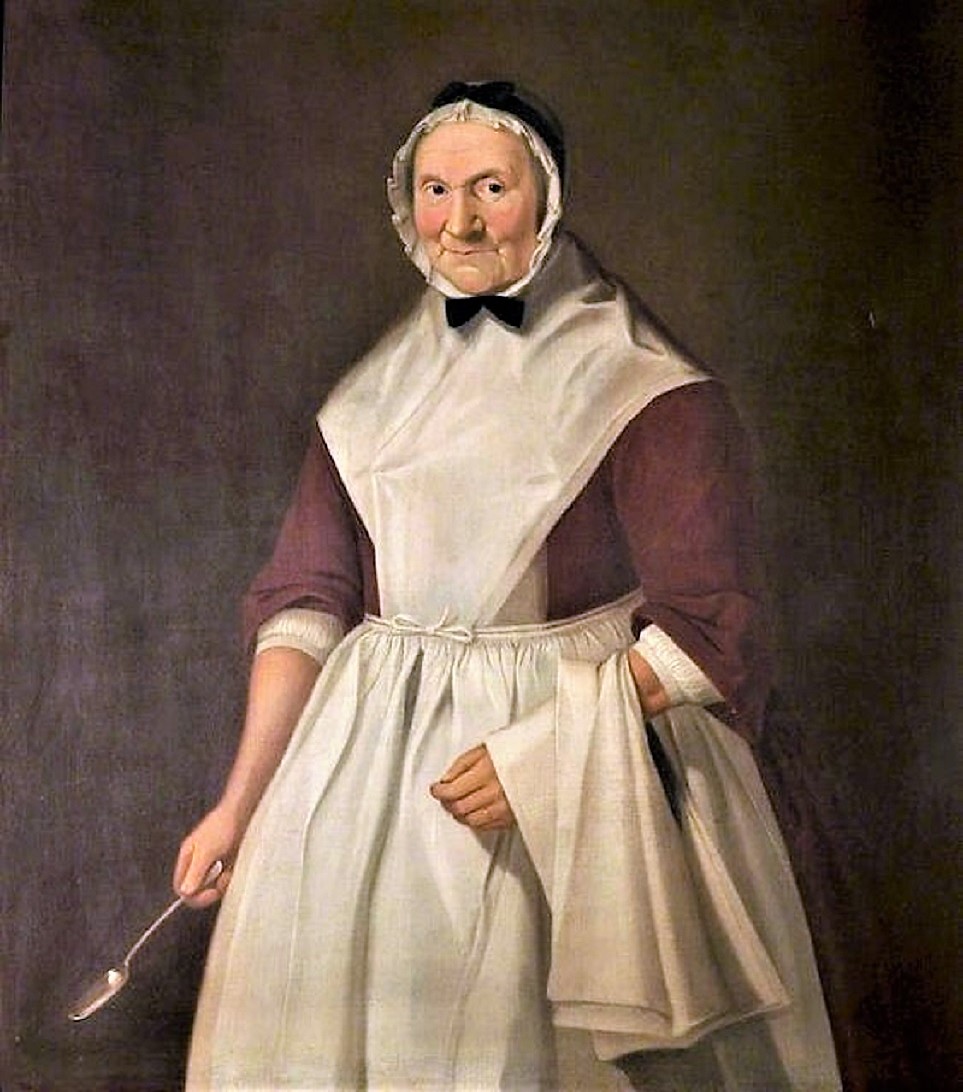 The first American edition of The Art of Cookery by Hannah Glasse was published in Alexandria, Virginia in 1805. The English edition of the cookbook had been available in the colonies for decades.  The book was popular in the colonies of America; and its appeal survived the American War of Independence, copies being owned by Benjamin Franklin, Thomas Jefferson and George Washington. 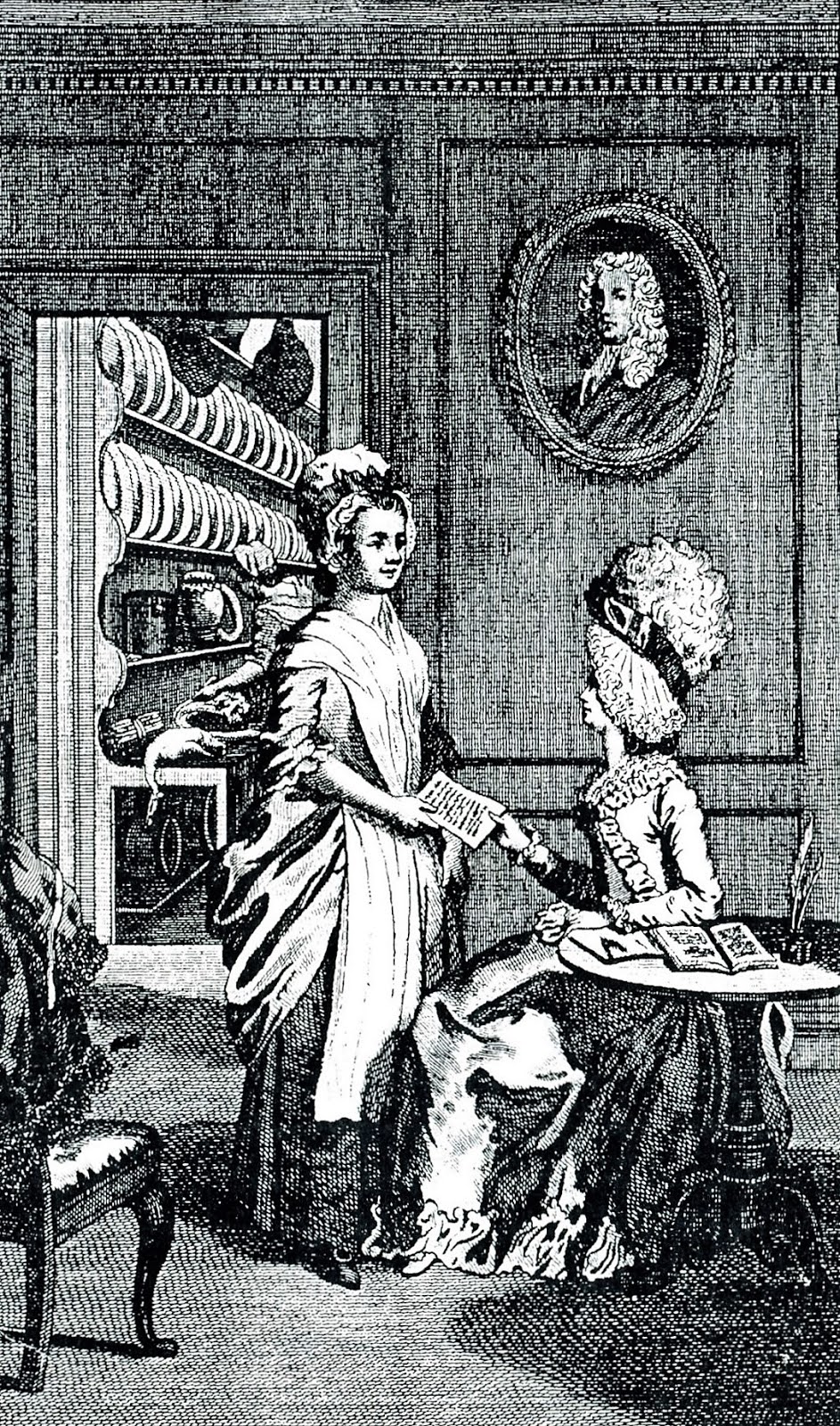 Frontispiece The Art of Cookery

The Art of Cookery, written by Hannah Glasse, was published in 1747. It was a best seller for over a hundred years, and made Glasse one of the best-known cookery writers of the eighteenth century. 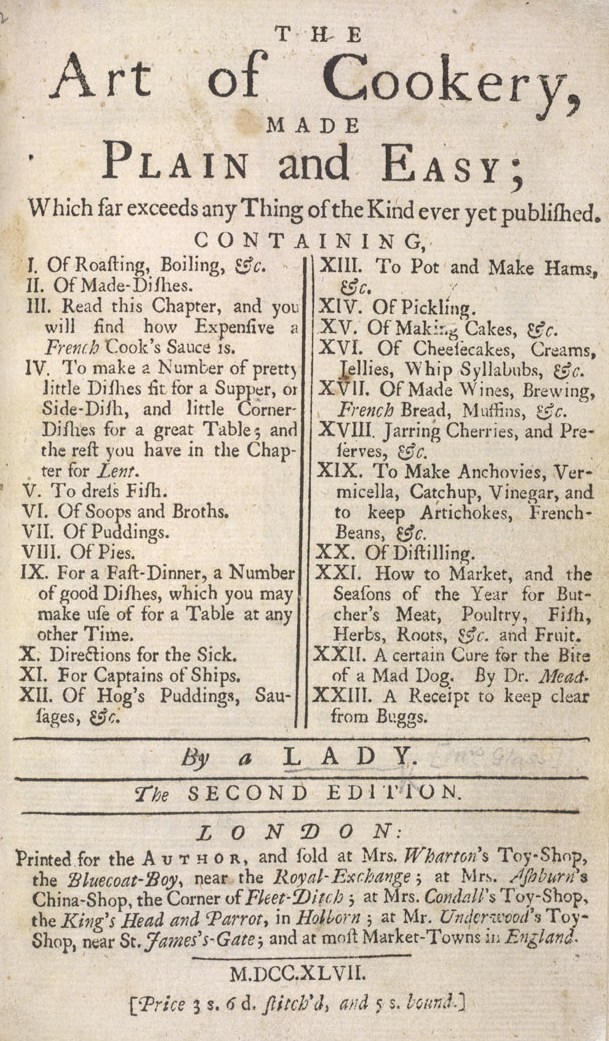 As Glasse explains in the preface, the book was intended to be an instruction manual for servants - 'the lower sort' as she called them. During the 1700s there was a fashion for books of this kind, which were designed to save the lady of the house from the tedious duty of instructing her kitchen maids. As Hannah Glasse puts it, the book should 'improve the servants and save the ladies a great deal of trouble'. She is dismissive of the fanciful language used by other cookery book writers, which she feels simply confuses the servants: 'the poor girls are at a loss to know what they mean,' she writes. In contrast, her style is precise and direct. 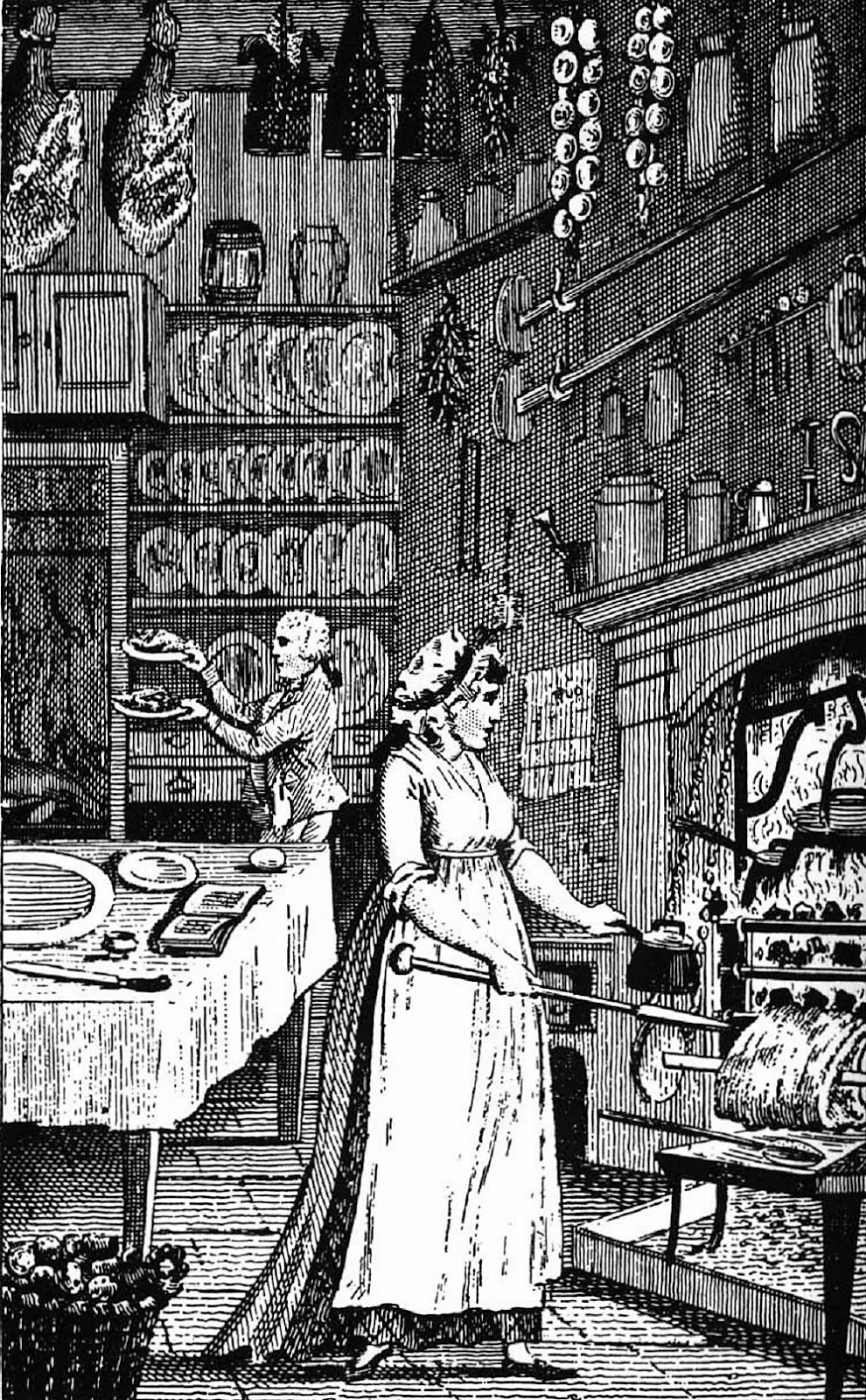 Glasse was a housewife, rather than a professional cook, and according to her biographers her primary aim as a writer was to make money. She wrote the book quickly and methodically - in fact 342 of the 972 recipes are taken directly from other books. However, she does show a great deal of skill and originality. Firstly, her writing style is lively, intelligent and amusing. Also, the book contains one of the earliest references to Indian curry in an English cookbook. Asian food first became popular in Britain during the eighteenth century, reflecting the tastes developed by the employees of the East India Company.

Glasse is scornful of the elaborate and extravagant French recipes of the period 'If gentlemen will have French cooks', she writes, 'they must pay for French tricks'. However, many of her recipes will have been influenced by French cuisine which was becoming increasingly fashionable at the time. Her deliberate hostility towards the French was probably intended to please English readers of a lower social status, who would have disapproved of the excessiveness and conspicuous consumption of French culture.

For the decades following its publication, there were widespread rumours that The Art of Cookery had been written by a man. For a woman to have written such an eloquent and well-organized work seemed implausible to many. James Boswell's diary records a party at the house of the publisher Charles Dilly, at which the issue was discussed. He quotes Samuel Johnson as saying, 'Women can spin very well; but they cannot make a good book of cookery.'
Colonial Era Cookbooks