By Dr. Anthony Vaver, whose fine blog on Early American Crime you may find here. 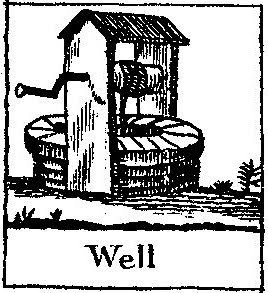 On Saturday morning, August 11, 1739, a female infant was discovered in a well near the outskirts of Portsmouth, NH. Warrants were immediately issued, and a search was conducted to find the mother who presumably had murdered the baby.

By the afternoon, officers focused their attention on Sarah Simpson, a 27 year-old widow. Neighbors believed that Simpson had been carrying a child, but she had hidden the fact well enough to cause some doubt. Now, in light of the infant found in the well, Simpson was arrested and charged with murder, but she steadfastly denied that she was the mother of the baby girl.

To prove the fact, Simpson led the constable out to a bank along the river and pointed to the ground. After a little digging, the body of her own infant was uncovered beneath four inches of dirt. Simpson maintained that the child was stillborn, but she was put in jail nonetheless, and the search for the mother of the baby in the well continued. 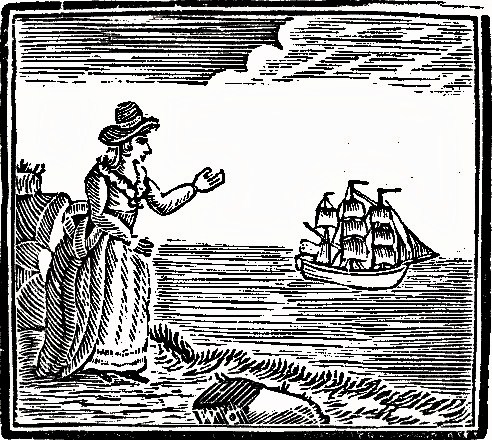 Simpson no doubt tried to hide her out-of-wedlock pregnancy in order to avoid the punishment and public humiliation she would have received if caught. The punishment for committing adultery or bearing a bastard child in early America varied from colony to colony, but it generally included some combination of whipping, fines, wearing an “A” on clothing, and even standing at a gallows with a rope around one’s neck for a specified period of time.

Punishments for bearing bastard children were particularly harsh, because the community would most likely have to take on the added expense of raising the parentless child until around the age of six, or until he or she could be placed in an apprenticeship. Servants who bore bastard children tended to receive harsher punishments than other women.

Simpson certainly had incentive to hide her pregnancy, but by doing so, she was taking on an even greater risk. New Hampshire had earlier passed “An Act to prevent the destroying and murdering of Bastard Children,” which read,

"if any Woman be deliver’d of any Issue of her Body, Male or Female, which if it were born alive, should by Law be a Bastard, and that she endeavour privately, either by drowning or secret burying thereof, or any other Way, either by herself or by the procuring of others so to conceal the Death thereof, that it may not come to Light, whether it were born alive or not, but be conceal’d; in every such Case the Mother so offending shall suffer Death, as in Case of Murder; except such Mother can make Proof, by one Witness at the least, the Child, whose Death was by her so intended to be conceal’d, was born Dead."

So if an unmarried woman who hid her pregnancy happened to deliver a lifeless baby and was later discovered to have done so, she would automatically be charged with murder, which is why Simpson continued to be held in prison despite claiming that her baby was stillborn.

On Sunday, the day after Simpson was put in prison, officers believed they had finally identified the real killer of the infant in the well: Penelope Kenny, a 20 year-old woman who was born in Limerick, Ireland and was a servant to Dr. Joseph Franklin. But Kenny also denied being the mother of the baby in the well, this time on the grounds that she had never delivered a baby. 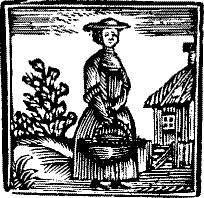 The justices of the town, though, were unconvinced. They called for "four or five skilful Women" to examine Kenny, and after doing so the panel concluded that Kenny had indeed delivered a child within the past week. Kenny was placed in prison, but she continued to deny that she was the mother of the infant found in the well. After some intense interrogation about what had happened to the baby she did deliver, Kenny eventually hinted that she had done something just as bad as what had happened to the found infant and that “God was now about to bring her to Justice.”

On Monday morning, Kenny summoned the justices to her cell, and she finally owned up to having delivered a live male child last Wednesday morning. After the birth, Kenny said, she placed the baby in a tub in her master’s cellar and left it there until Friday night. When she returned, the baby was dead.

Kenny took the justices to the place where she had gotten rid of the body by placing it in the river, only 60 yards away from where Sarah Simpson had buried her dead baby.

On Thursday, December 27, 1739, an unusually large crowd gathered for the execution of Sarah Simpson and Penelope Kenny, who were both found guilty of murder. One minister speculated that the crowd was so large because people wanted to witness the first execution to take place in the province of New Hampshire. 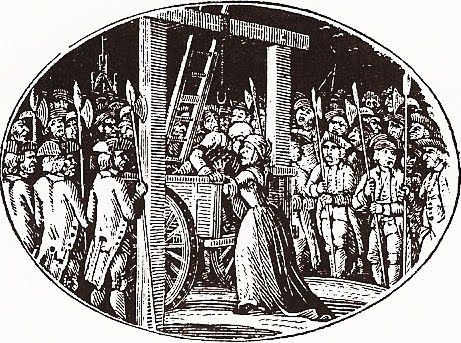 The mother of the baby in the well was never located, although some people believed that, despite her claim, Kenny really was its mother.

A brief notice about the execution of the two women appeared in The New England Weekly Journal. In the same article was yet another story that on the Sunday after the execution took place, another woman, Jane Law, was arrested on suspicion of killing her bastard child after it was found dead in a box covered with rye.

Not one of the reports or sermons connected with these cases mentioned any attempt to locate the fathers of these children or even made reference to their responsibility in the matter.

Mofford, Juliet Haines. “The Devil Made Me Do It!”: Crime and Punishment in Early New England. Guilford, CT: Globe Pequot Press, 2012.

About the guest author:
Anthony Vaver is the author & publisher of EarlyAmericanCrime.com, a website that explores crime, criminals, & punishments from America’s past. He has a Ph.D. from the State University of New York at Stony Brook & an M.L.S. from Rutgers University. He is currently working on a new book about early American criminals. He claims with some certainty that he has never spent a night in jail but was once falsely accused of shoplifting.  His book Bound with an Iron Chain, is here.
Posted by Barbara Wells Sarudy at 4:00 AM