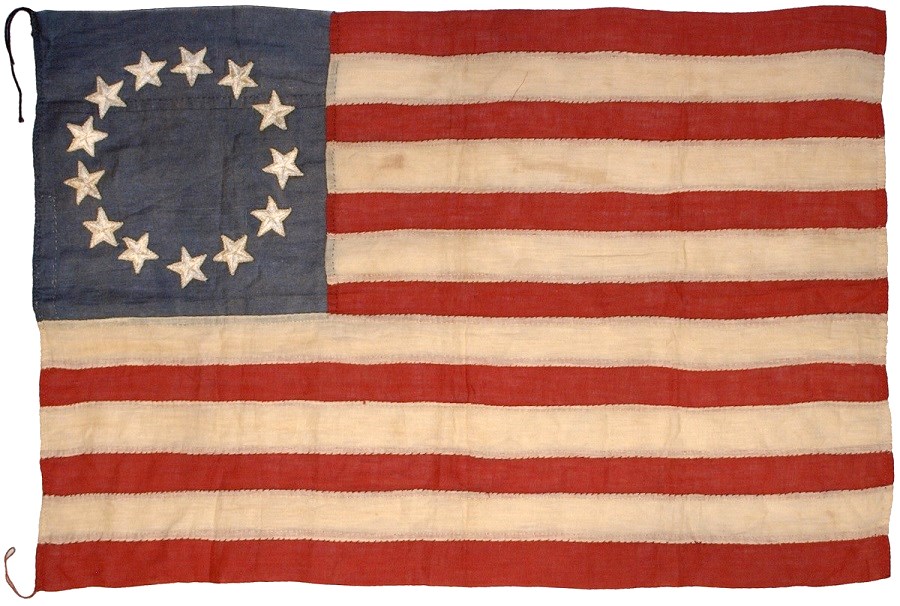 Presenting flags & banners to their local militia was a popular form of expression of patriotism by women in early America providing them the opportunity to express their sentiments regarding the importance of liberty & freedom. In an article titled “Spirit of the Ladies!”published by the editor of the Gazette in Portland, Maine, on 16 July 1798, 1, the role of women & their needlework as an inspiration to the men serving their country was expressed: "The American Fair, add much to the spirit of the times. In different parts of the Union they have presented the American standard to the Volunteer corps. This must have a charming influence to animate the breasts of our young soldiers." 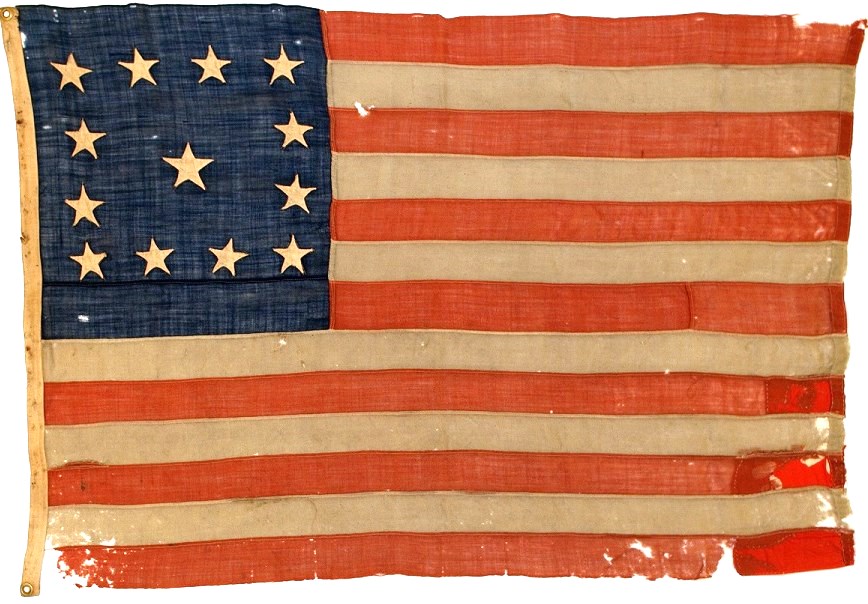 On July 4, 1798, Sally Duane presented a standard & addressed Macpherson’s Blues in Philadelphia.  "To General Macpherson: Impelled by far more laudable considerations than a desire to distinguish myself, permit me, through you, to present to the corps, under your command, a standard, which I hope they will deem worthy their acceptance, from the motives inducing the tender, however imperfect may be the execution of the work...The art in which I am receiving instruction for amusement, cannot be employed to better purpose than in endeavours to decorate the ensigns devoted to merit and to patriotism. Happy shall we all be, if the art you are now learning be acquired merely as a necessary part of the education of free citizens, determined to defend their liberties and their laws...I confidently anticipate...the glory you and the rest of my fellow citizens will achieve, when before the foes of our beloved country, this banner shall be unfurled."
See: Claypoole’s Daily American Advertiser, 10 July 1798, 2; New York Gazette,12 July 1798, 3; Spectator, 14 July 1798, 4; Salem Gazette, 17 July 1798, 3; Newburyport Herald, 24 July 1798, 208; Connecticut Gazette, 8 August 1798, 1. 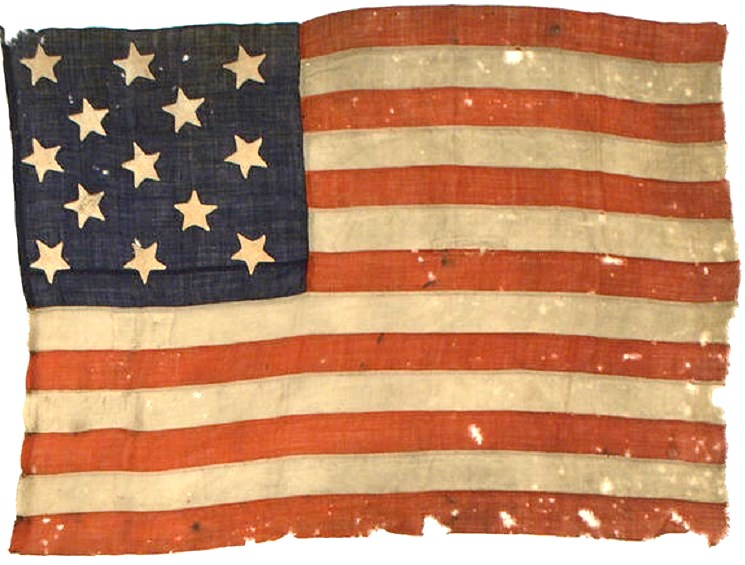 In the same year, the Newport, Rhode Island Companion and Commercial Gazette reported, "The following parade took place; a detachment was directed from Captain Reynold's Grenadiers, under the command of Lieutenant Ducan, to receive the standard of the 54th Regiment, from the hands of Miss Simons, who on presenting it, delivered the following address:  "Sir, having the honor of delivering to your hands this standard to-day, I am encouraged to hope and believe, that it will always be supported and protected in the sacred cause of freedom, by the patriotism and gallantry of the officer to whose charge it is assigned; and although the needle work will, in time, lose its brilliancy and fade, I cannot harbour the most distant thought, that this banner of 54th regiment of the Norfolk borough militia, will ever be tarnished in its military glory, or unfurl'd in any cause save that of the constituted liberties of the free Citizens of the United States of America." 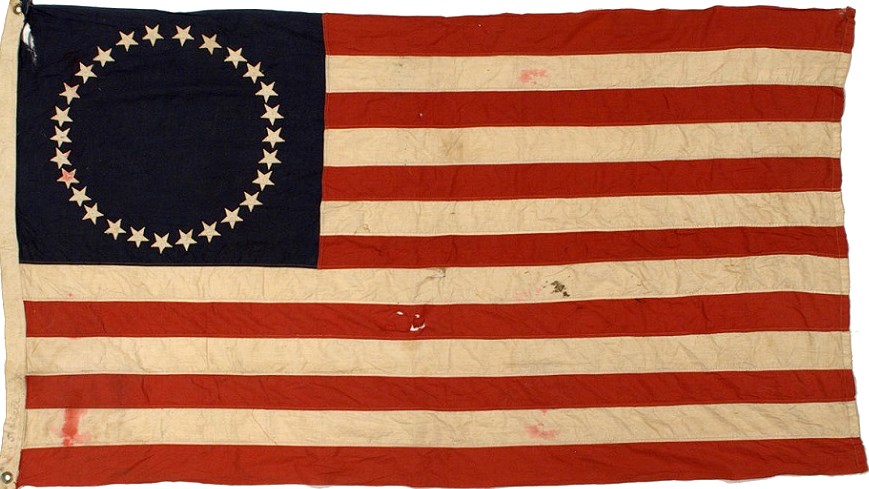 Zilpah Wadsworth, the mother of Henry Wadsworth Longfellow, presented a standard from the women of Portland, Maine, to the Portland Federal Volunteers, Capt. Joseph C. Boyd, commander, "who made their first public appearance in a very rich uniform." Zilpah Wadsworth declared:  "In the name of the young ladies of Portland, I have the honor to present this standard, to the first company of Federal Volunteers. Receive it as a testimony of the approbation with which we have beheld the patriotic spirit which has determined you to 'Defend the laws, of your country.' We cheerfully confide to your care this emblem of our independence. Let it ever recal to your minds the assurance that our best wishes are for your success. Long may you unfurl it; long may this towering eagle fly triumphant!" 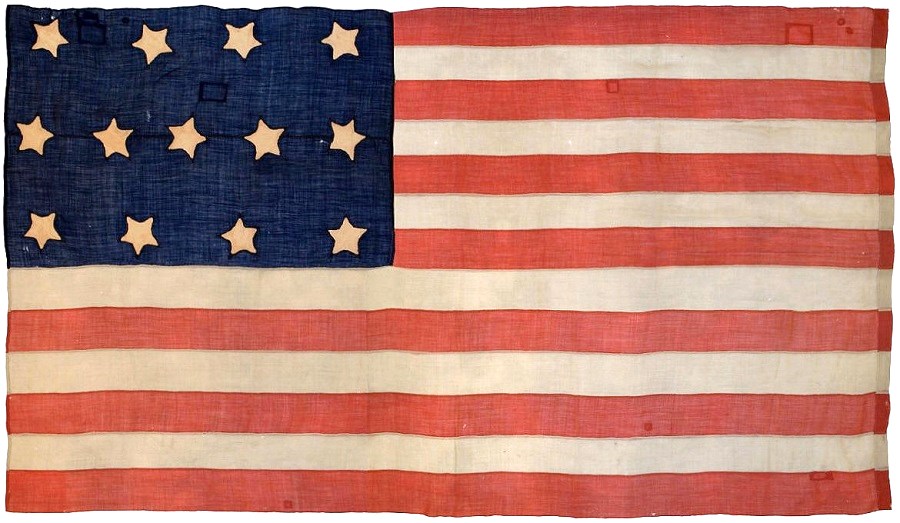 To which Ensign Richard C. Wiggins of the Portland Federal Volunteers replied:  "Daughters of Columbia, in behalf of the first Company of Federal Volunteers, permit me to assure you, that we are happy in meriting this valuable present which I have the honour of receiving from your fair hands. Nothing could inspire us with more ambition to "defend the laws" of our country..."
See: Independent Chronicle and the Universal Advertiser, 8 July 1799, 4.
Posted by Barbara Wells Sarudy at 4:00 AM