Origin of Saying "March Comes in Like a Lion" 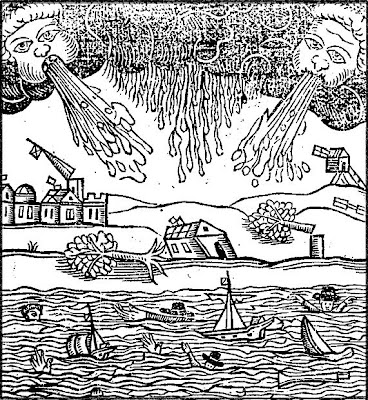 1600s Woodcut Windie WinterWhen I saw the woodcut of "Windie Winter" posted by Fragments this morning, I thought of the saying "March comes in like a lion and out like a lamb." It is March 1st, after all, & I wondered where it originated. Some claim that the saying applies to the relative positions of constellations at the beginning and end of the month of March. Leo, the Lion,(Eastern horizon) and Aries, the Ram or Lamb (Western horizon).

But it looks as if English playwright John Fletcher may have pointed the way toward the saying in 1624 when he wrote, "I would chuse March, for I would come in like a Lion...But you'd go out like a Lamb when you went to hanging." John Fletcher (English playwright, 1579-1625) penned this in his play A Wife for a Month, a tragicomedy (Licensed 27 May 1624; 1647) in Scene II. Act I.

A little later in the 17th century, English naturalist & writer John Ray confirmed the connection when he noted, "March hack ham [hackande = annoying] comes in like a lion, goes out like a lamb." This appears in 1670, in a book written by John Ray (English naturalist, 1627-1705), the Catalogue of English Proverbs. p 41.

In the British American colonies, the phrase "March came in like a lion" shows up in Ames Almanack in 1740, and in William Byrd's Another Secret Diary in the same year. John Adams notes in his Diary in 1788, "The month (March) comes in like and lion, and according to the farmer's proverb it must go out like a lamb." 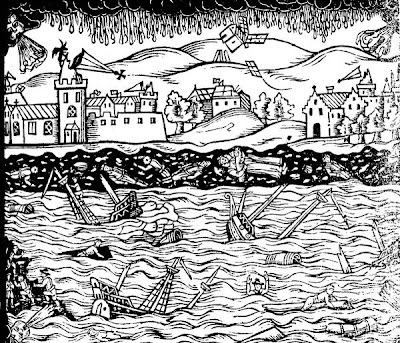