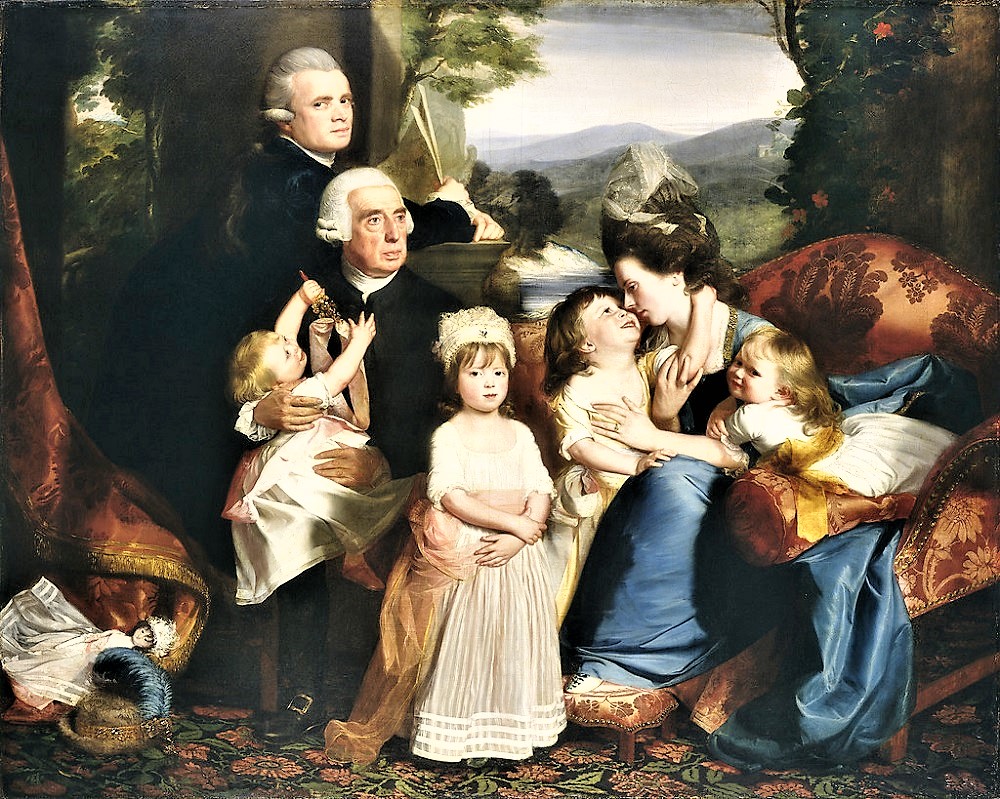 Artists began to feel that they could portray married couples as congenial companions. Painters began to portray men participating more in the rearing of their children, they were no longer just expected to be distant strict disciplinarians. Americans were beginning to believe that children needed to be loved & to play. The individual was also becoming more important in 18th-century America. Artists often used props to signify something about the talents, skills, & identities of individuals within these families. In one way or another, each of the following portraits reflects changing patriarchal values, gender relations, attitudes towards women & children, and the growing democratization of American society. But women did not receive the right to vote in the United States until 1920.

NB For this posting I have excluded portraits of children only. The Copley family portrait was executed immediately before or after the artist entered or exited the American colonial experience.
Posted by Barbara Wells Sarudy at 4:00 AM