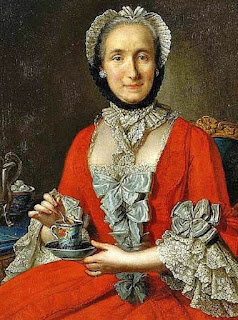 Probably French 2nd Half of 18C
To understand the well-to-do housewife in the colonial American South, the most important fact to remember is that she 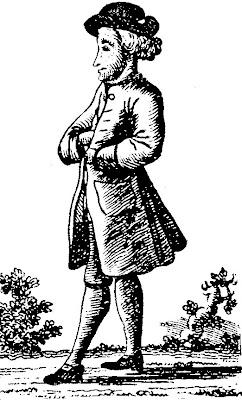 was completely subordinate to her husband. He was the head of the household & exercised ultimate authority.

The wife was her husband's agent responsible for actually managing everyday household affairs. Depending on the family's financial status, she supervised a staff of household servants,  mainly comprised of male & female slaves.


At about 6:00 a.m., the wife arose, awakened the family, determined that breakfast preparations had begun & that fires were burning in the appropriate fireplaces.

Appearance was important, especially in a town setting, where the wife would see visitors & neighbors on a daily basis. Freshening up, dressing often with the assistance of a personal maid, usually a slave, & arranging her hair consumed part of the housewife's morning hours. 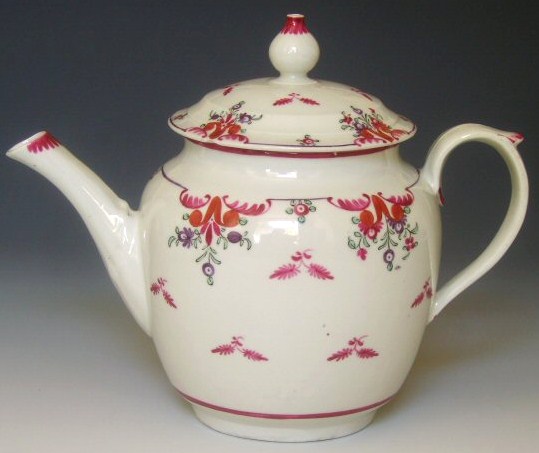 About 7:30 a.m., the wife surveyed the house & kitchen, & often the garden, to see what tasks needed to be accomplished that day & to make certain that breakfast would be served on time.

At 8:00 a.m., servants, usually slaves, served the breakfast. The housewife would manage the meal & spend about a half hour at table with her family. Sunday breakfasts were later & longer in some homes. Breakfasts may or may not have included tea.
A Chinese Export Porcelain Teapot in the Meissen Style, Qianlong c.1750
Beginning about 8:30 a.m., while the slaves ate breakfast in the kitchen, the housewife washed the fine glasses & china used at breakfast & left from the previous day either in the dining room, passage, or in a nearby room. She then set out the serving pieces & condiments for the upcoming mid-day dinner table.

After the slaves finished eating in the kitchen, she instructed the cook of the menu for the dinner meal & often measured out ingredients for each dinner dish herself. She told the other servants of their chores for the day & dispensed necessary supplies.

Around 1:30 p.m., she checked on the cook's progress with dinner & then retired to her room to freshen up & perhaps change outer garments before dinner.

About 2:00 p.m., she presided over the table with her family & possible guests. Dinner, the largest meal of the day, was also the most formal & the longest. Dinner may or may not have included tea. 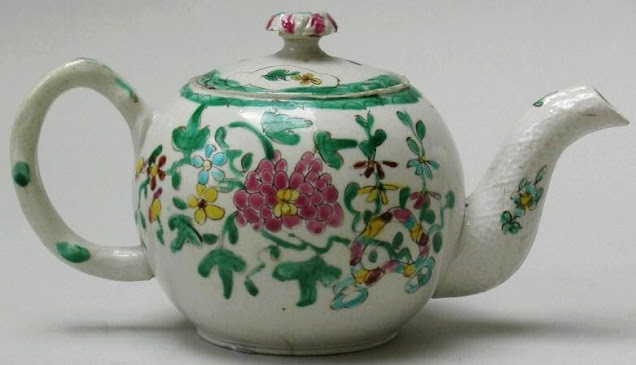 At the end of the meal, she & other females left the men at the dinner table & retired to the hall or parlor for conversation over tea or coffee.

After dinner, the wife determined that the kitchen was put in order & directed the afternoon's baking of hot breads & desserts for supper plus bread for the next day.
Early Qianlong Famille Rose Teapo0-1750, ed, Possibly in England in c.1770

Beginning about 4:00 p.m., she had about 3 hours time of her own, since her staff had already received instructions for the whole working day. She might shop at local stores or visit friends for tea or pay a call on the sick or needy.

If she remained at home, she might have given needlework lessons to young daughters; practiced music with her family; & read. Or she might entertain visitors over tea.

About 7:30 p.m., the wife checked on the preparations for supper, which was generally little more than a snack & usually simple to prepare.

Usually 8:00 p.m.was suppertime for the family & possible guests. After dinner, the wife made certain that the kitchen was put in order & that the fires were banked for the night.

From dinner until about 11:00 p.m., the housewife, her family, & guests usually would socialize at home or with neighbors. Their evening activities included conversation, singing, listening to music, reading aloud, & playing cards. Beverages might include tea, or coffee, or more ardent spirits. 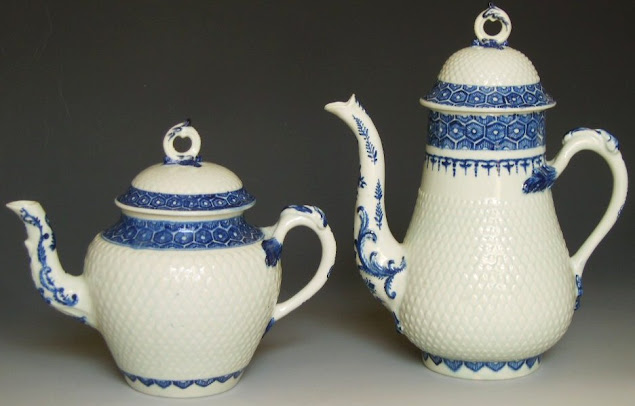 Much of this information is from Pat Gibbs, Daily Schedule for an Urban Gentry Housewife. Series: Fresh Advices, A Research Supplement To The Colonial Williamsburg Interpreter. Vol 2, No. 6.
Posted by Barbara Wells Sarudy at 4:00 AM