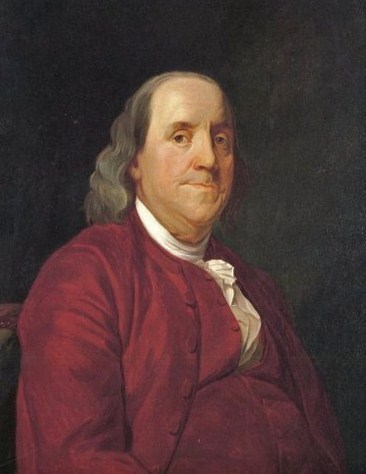 After his father's death in 1769, Joseph, Jr. was probably taken by guardians, Manuel Eyre & his wife, who lived in the Kensington neighborhood of Philadelphia. In that year, Joseph began studies at The College, Academy & Charitable School of Philadelphia in the Province of Pennsylvania. 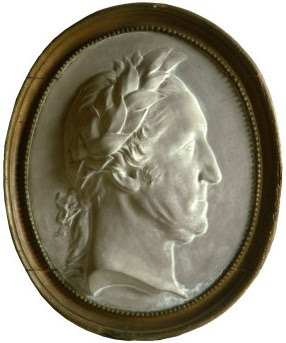 Joseph Wright (1756-1793) George Washington, 1783-1785 In August 1783, Congress authorized funding for an equestrian statue of George Washington in "Roman dress…his head encircled with a laurel wreath." They commissioned American painter Joseph Wright for a bust of the victorious Commander in Chief. Wright executed this cast bas-relief portrait as an offshoot of that project. Bust-length, profile portraits were extremely popular in the late eighteenth century. Based on ancient Greek and Roman examples, they appealed to neoclassical tastes. They also embodied the individualism and rationalism of the Enlightenment era by demanding close, objective observation for an accurate depiction.

His mother opened a waxworks in New York City. In 1772, she moved to London to open a studio & waxworks there. Six years later, in 1775, Joseph, Jr. joined his mother in England; & became the first American-born student to matriculate in the Royal Academy of Arts at Somerset House in London, where he studied for 6 years, until 1781. He won a silver medal for "the best model of an Academy figure" in December 1778. In 1780, he caused a scandal at the Royal Academy by exhibiting a portrait of his mother sculpting a wax head of King Charles II, while busts of King George III & Queen Charlotte looked on. 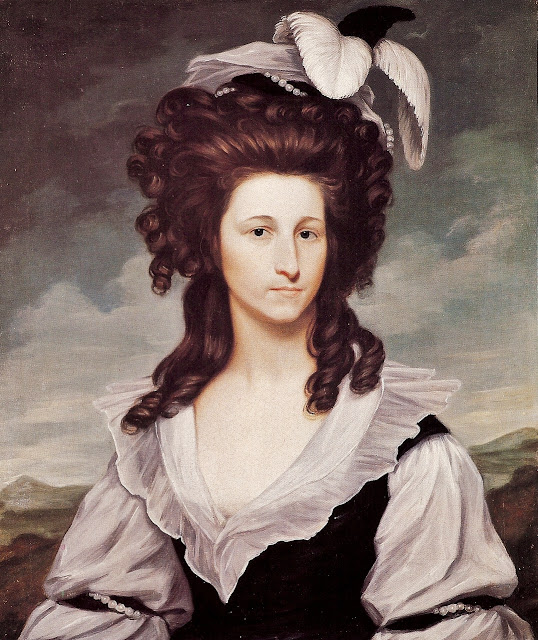 In 1781, Joseph, & his mother, traveled to Paris; & while there, he painted several portraits of Benjamin Franklin. After 7 years in Europe, Wright returned to America in 1782, where he became the first of just 2 artists to make a plaster mold of George Washington. 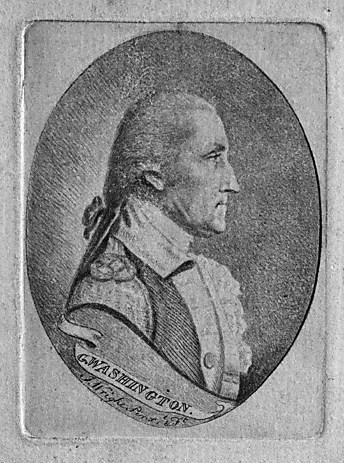 Joseph Wright (1756-1793) George Washington Drypoint 1790. Wright’s delicate & intimate drypoint profile of Washington was much copied by contemporary artists in a variety of media, magazines, prints, & medals. There is a popular, though not necessarily truthful, story that Wright secretly sketched the president, while he sat in his pew in Saint Paul’s Chapel in New York. Washington posed for Wright in 1783, for a painting & a sculpture. It is conceivable, that the artist drew upon that experience for this little print.

In 1783, George Washington described the experience as Wright executed his plaster mask, "He oiled my features over, and, placing me flat upon my back upon a cot, proceeded to daub my face with the plaster. While in this ludicrous attitude, Mrs. Washington entered the room, and seeing my face thus overspread with plaster, involuntarily exclaimed. Her cry excited in me a disposition to smile, which gave my mouth a slight twist or compression of the lips that is now observable in the busts which Wright afterwards made." 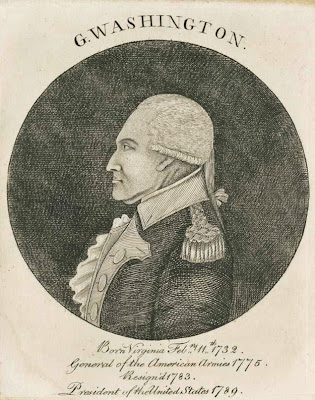 Thomas Jefferson judged a portrait of George Washington by Joseph Wright very highly. "I have no hesitation in pronouncing Wright's drawing to be a better likeness of the General than Peale's," he wrote in 1795. Wright painted a portrait of Washington for Jefferson in 1784, & planned to have a drawing, which was made at the same time, engraved in London by his mother Parience Wright. 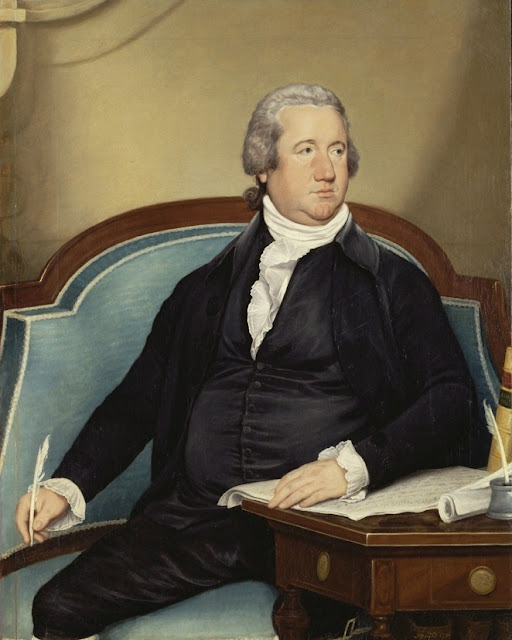 In January 1786, the engraving still had not been made. Jefferson wrote: "before the painter would agree to draw it for me, he made me promise not to permit any copy of it to be taken till his mother in London should have time to have an engraving from one which he drew out at the same time, & also to dispose of the engravings. Twenty months have now elapsed, & I can neither learn that they have made any engraving from the picture, nor get an answer from the painter." Wright's mother died in London in 1786. 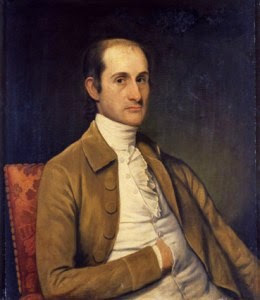 Wright made a small drypoint etching of Washington in New York in 1790, & Jefferson acquired two of them. He purchased the first on 10 June, noting in his Memorandum Book, "pd for print of the President by Wright 8/." & the second on June 23, "pd. for another engraving of General Washington by Wright 8/." On June 27, he sent one to his daughter Martha: "I now inclose you an engraving of the President done by Wright who drew the picture of him which I have at Paris." 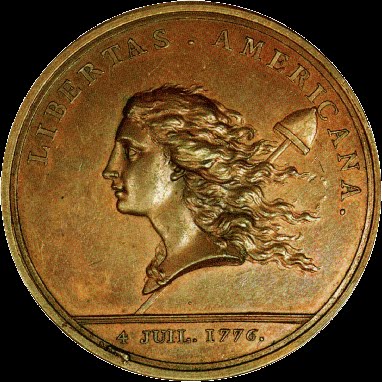 Wright stayed in New York City in 1785, before moving back to Philadelphia. On December 5, 1789, Wright married Sarah Vandervoordt in Philadelphia. 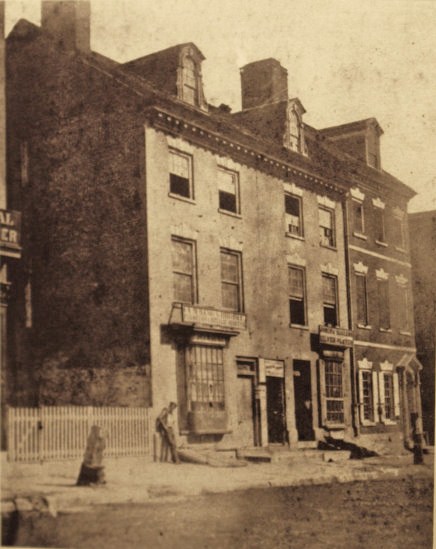 Meanwhile, President, George Washington & Secretary of State, Thomas Jefferson, diligently sought after talented European engravers to design the first United States coins. However, they failed in this endeavor. They finally decided that Joseph Wright, would become the "unofficial" Mint Engraver in 1792. 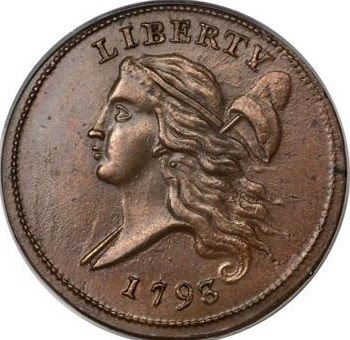 He began working there at the nascent U. S. Mint in the second half of 1792. In August, 1793, Joseph was designated as the Mint's "First Draughtsman & Diesinker." Wright was responsible for the design of the Liberty Cap half & large cents. These designs were based upon the obverse of the Libertas Americana medal on which Wright is believed to have been the designer. Large Cent varieties of 1793 are his creations. 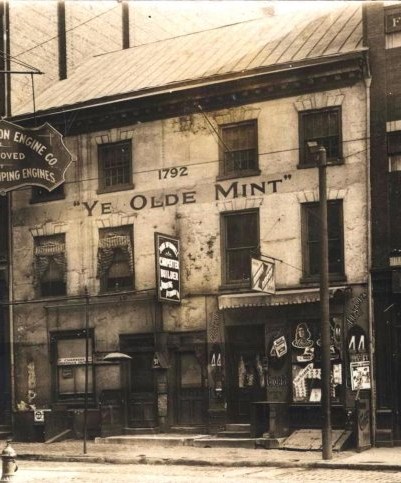 It was a a time of turmoil, confusion, & delay, during the building of the first US Mint. This mint was attempting to issue a new coinage that would take a while to be accepted. Most mint records were not being recorded. It was a time when creating & issuing US coinage was an urgent matter, just to gain a start, with an independent coinage for circulation in the newly independent nation the United States of America. 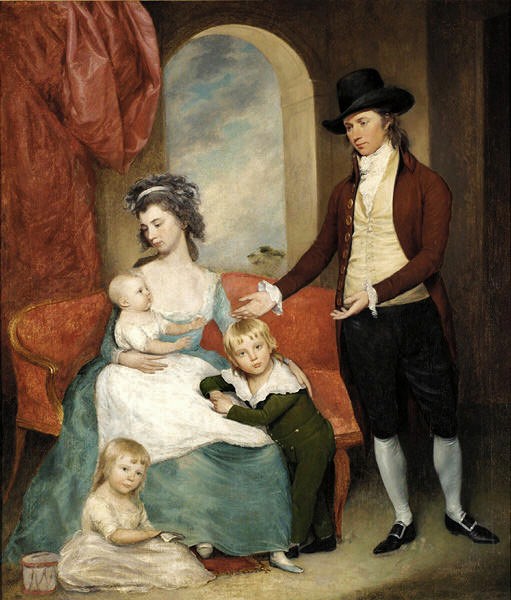 Joseph Wright (1756-1793) Family portrait of Artist's Family. Joseph Wright & Sarah Vandervoordt-Wright, in an unfinished 1793 painting, with their children; Sarah (on floor), Joseph & baby Harriet. Joseph, Jr. & Sarah are believe to be twins. Wright's painting was left unfinished, when both he & Sarah died from yellow fever during the 1793 Philadelphia epidemic. It has been postulated that Wright used Sarah's likeness when creating the Liberty Cap design.

It was a short lived post at the United States Mint, as Wright contracted Yellow Fever, less than a year into his new post, in 1793. The Yellow Fever epidemic struck Philadelphia hard that year & prompted, all who could, to leave the city. It shut-down mint operations for a time. Wright, contracted yellow fever & died on September 13, 1793. His wife Sarah also died from the fever.