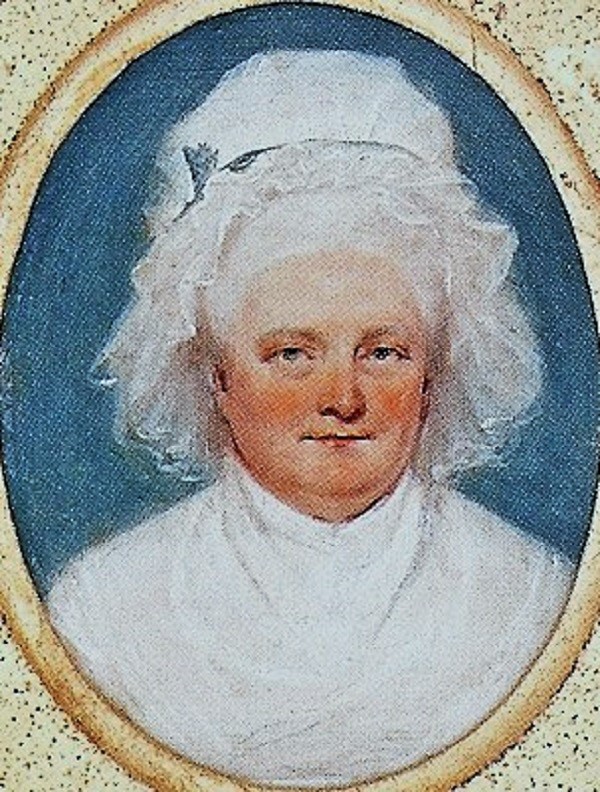 "In kitchen togs or fancy duds, Hercules left his mark in the President’s House & on the town in 1790s Philadelphia. He was one of the first great chefs of Philadelphia - in fact, of the young nation. The chief cook in President George Washington's home here in 1790 had only one name: Hercules.

"In the mansion's open-hearth kitchen, where elaborate banquets were prepared, where spitted meats sizzled & "fricaseys" simmered in cast-iron pans over hickory fires, underlings scurried to execute the orders of Hercules, "the great master-spirit," according to one account, who seemed to be everywhere at once...To Washington, however, Hercules was what he called that "species of property" - a slave. And though his talents would earn Hercules extraordinary privileges, including an income, fine clothes, & freedom to roam the city, Washington also went to great lengths to maintain the bondage of his prized cook ...eventually, an attempt to stash him at Mount Vernon...But contemporary historians such as Mary V. Thompson of Mount Vernon, Anna Coxe Toogood of Independence National Historical Park, David R. Hoth of the Washington Papers at the University of Virginia, & Edward Lawler Jr. of the Independence Hall Association have gone beyond Custis' memories to tease the outlines of Hercules' narrative from household account books, correspondences, & Mount Vernon farm reports...

"George Washington was no gourmet. Unlike his political rival Thomas Jefferson, forever a foodie after his diplomatic years in France, Washington was steeped in the ritual of simple tastes. He ate hoecakes for breakfast at 7, the white corn-mush patties swimming in butter & honey (to soften them for his famously sore teeth), with 3 cups of black tea. For his informal Saturday evenings, the fish-loving Washington regularly ate a humble hash of boiled beets, potatoes, onions, & salt fish (conveniently supplied by New England's congressional delegation) covered with fried pork scraps & buttery egg sauce. But the president could also host in capital style, with regular feasts for 30 or more guests: senators, foreign dignitaries, Indian chiefs. And he needed a kitchen that could carry it off.

"Hercules, the...father of four, was the Washington's choice. Little is known about his early life; Washington is believed to have purchased him in 1767, when Hercules was a 13-year-old ferryman. But Hercules clearly learned his kitchen craft well at Mount Vernon from Martha Washington's longtime slave cook, Old Doll. By the time Hercules was about 36, the president tapped him to come north to Philadelphia...Washington was keenly aware of the political importance of dining room ceremony, & his regular Thursday dinners with members of Congress would set an impressive standard for the nation's first power meals...With Congress drawing to a close & talk of avoiding another war with Britain likely swirling around the table, May 1794 brought forth a presidential gush of banquets. During the week of May 19, for instance, the kitchen prepared 293 pounds of beef, 111 pounds of veal, 54 pounds of mutton, 129 pounds of lamb, 16 pounds of pork, calves' feet (for sweet colonial Jell-O), 44 chickens, 22 pigeons, 2 ducks, 10 lobsters, 98 pounds of butter, 32 dozen eggs, myriad fruits & vegetables, 3 half-barrels of beer, 20 bottles of porter, 9 bottles of "cyder," 2 bottles of Sauternes, 22 bottles of Madeira, 4 bottles of claret, 10 bottles of Champagne, & 1 twenty-eight-pound cheese...

"And contrary to the Washington's grandson) Custis' image of him, he may not have always been in charge, either. The steward oversaw all the marketing, inspected each morning by Martha Washington after breakfast...

"But while the hired cooks & stewards came & went, Hercules was the mainstay in the kitchen. And the Washingtons rewarded him with tokens of their approval. There were tickets to see a play at the Southwark Theater (The Beaux' Stratagem) & the spectacular riding acrobatics at Ricketts' Circus (America's 1st), according to account books. There were bottles of rum to mourn the death of his wife, Lame Alice, an enslaved Mount Vernon seamstress. A reluctant Washington also granted Hercules the favor of bringing his 13-year-old son, Richmond, to Philadelphia as a kitchen scullion & chimney sweep. Most telling, though, was allowing Hercules the right to sell the kitchen "slops" - the remaining animal skins, used tea leaves, & rendered tallow that would have been compost on the plantation...For Hercules, that meant annual earnings of up to $200, if Custis is accurate, as much as the Washingtons paid hired chefs...

"Pennsylvania had already become the first government in the New World to begin the abolition of slavery with its Gradual Abolition Act of 1780. And with the Quaker-backed Pennsylvania Society for the Abolition of Slavery & Free African Society working on their behalf, there were 1,805 free blacks in the city in 1790, while only 273 remained enslaved, according to the federal census as noted in (Gary) Nash's book. By 1800, the slave number had dropped to 55 among a black population of 6,436, about 10 percent of the city's population. To circumvent the Gradual Abolition Act, which allowed citizens of other states to hold slaves only 6 months before the slaves could claim their freedom, the Washingtons regularly & illegally shuttled their slaves across state lines before the deadline expired, thus resetting their residency at zero. And Washington wanted to keep it secret at all costs - even if it meant a lie.

"I wish to have it accomplished under the pretext that may deceive both them & the public," he wrote to Lear. "...This advise may be known to none but yourself & Mrs. Washington." It wasn't long before the slaves figured out why they were being shuffled back & forth between Philadelphia & Virginia by stagecoach & boat, but Hercules, Lear wrote Washington in 1791, was "mortified to the last degree to think that a suspicion could be entertained of his fidelity or attachment to you..." Martha Washington showed her trust by allowing Hercules to stay, at least once, beyond the 6 months. But the president clearly never relaxed.

"Washington signed the Fugitive Slave Act that Congress had overwhelmingly approved in 1793, which allowed slave owners to retrieve their runaways anywhere, even if captured in non-slavery states...The once-trusted chef, also noted for the fine silk clothes...suddenly found himself that November in the coarse linens & woolens of a field slave. Hercules was relegated to hard labor alongside others, digging clay for 100,000 bricks, spreading dung, grubbing bushes, & smashing stones into sand to coat the houses on the property, according to farm reports & a November memo from Washington to his farm manager. "That will Keep them," he wrote, "out of idleness & mischief." When Hercules' son (13 year old) Richmond was then caught stealing money from an employee's saddlebags, Washington made his suspicions of a planned father-son escape clear in a letter: "This will make a watch, without its being suspected by, or intimated to them..."

"By February, after several days of working in the damp chill, Hercules had had enough. Before dawn on Feb. 22, 1797, he launched his quest for freedom. The discovery by Mount Vernon historian Mary V. Thompson of this key detail in the weekly farm report from Feb. 25, 1797 - "Herculus absconded 4 [days ago]" - ...By the time Hercules fled in 1797, the 3 children he'd raised since his wife died 10 years earlier ranged from in age from 11 to 20. A 4th child, a daughter of 6, seemed to have understood her father's need to leave. A Mount Vernon visitor asked whether she was "deeply upset that she would never see her father again." She replied, according to the future French king Louis-Philippe, in his Diary of My Travels in America: "Oh! sir, I am very glad, because he is free now..."

"Hercules resurfaced at least once more in the United States. He was spotted in late 1801, by Col. Richard Varick, Washington's former recording secretary, who was then mayor of New York. In responding to his alert, Martha Washington wrote "to decline taking Hercules back again..." On Jan. 1, 1801, according to biographer Patricia Brady, Martha Washington had decided to free all 123 of her late husband's slaves, despite his wish that they would not be freed until both he & his wife were dead."
Posted by Barbara Wells Sarudy at 4:00 AM